A wild deal | 8 surprising ways animals are helping us

Quantifying the devastating impact of human activity on the planet, WWF’s Living Planet Index reveals that the “population abundance of mammals, birds, reptiles, amphibians and fish has decreased by more than half in less than 50 years.” Simply put- Earth’s natural biodiversity and wildlife have borne the cost of human dominance and capitalism. If we imagine this planet as a huge organisation and the relationship between humans and animals a partnership, then our non-human partners have been receiving the raw end of the deal, even as they continue to be of immense value to us. The importance of plants and animals to the planet is part of all textbook learning at schools. Read on to find out some of the lesser-known remarkable and amazing things nature is doing for us:

We know without uncertainty that we need to take urgent steps to reduce carbon dioxide in the air and the resultant global warming. While many hi-tech solutions have been proposed-they remain untried and expensive. Planting more trees is another long-term option. But what if we told you that another surprising, yet simple “no-tech” strategy exists. Scientists have discovered that whales, especially the great whales- have a startling carbon capturing potential. Over a lifespan of 60 years whales accumulate an average of 33 tonnes of CO2, taking it along with them to the bottom of the ocean, and out of the atmosphere, when they die. In comparison, a tree absorb only up to 48 pounds of CO2 a year. Go figure!

This however is only a part of the story.

While counting the positive impact of animals on the environment , the role of whales in increasing phytoplankton activity- a phenomena known as whale pump, cannot be ignored. These microscopic creatures, which thrive in the conditions created due to whale movement and migration, play an enormous role in regulating our atmospheric conditions- contributing at least 50% of all oxygen and capturing an estimated 37 billion tonnes (40%) of all CO2 produced.

More than just teaching toddlers what animals sound through poems, ducks in many parts of the world – France, China, Japan and Iran – are contributing to pest control. Farmers in these countries lead the ducks straight into their rice paddies, leaving ducks to waddle around the field, preying on insects and tearing out weeds- an environment friendly alternative to harmful chemical pesticides. Maybe now the ubiquitous ducks in the ageless poem will receive more respect and be known for their role in helping hungry humans.

It is a well-known and acknowledged fact that dogs are one of the best friends humans can ask for. From assisting the visually impaired to providing emotional support as loyal friends, dogs amongst other animals have many positive effects on the well-being of humans. We have all seen enough action movies to know that sniffer dogs are used by the police force to search for clues and to sniff out suspect materials like drugs. In an eco-friendly variation, specially trained pooches by groups like Working Dogs For Conservation are helping humans in their conservation efforts by sniffing out certain high risk species of plants and animals. What’s more, thanks to their super sensitive noses, paw patrol is helping humans detect and prevent citrus greening disease– a devastating bacterial disease that affects orange trees , stops the fruit from ripening and eventually kills the tree. It turns out canines are more adept at detecting the disease earlier and more accurately than other man-made diagnostics.

4. Rats ‘rat’ out the landmines

I don’t think anyone found rats cute till the movie ‘Ratatouille’ happened and would not think of thinking of them when discussing the positive impact of animals on the environment. Generally, these pesky rodents are abhorred for their ability to chew their way through everything precious in your household and get a bad rap for their questionable standards of hygiene. However, with their keen sense of smell and their trainability they are most suitable to work as landmine detectors. Undetonated landmines can render huge parcels of land inhabitable and pose a serious threat to both the environment and to human lives. By sniffing out the landmines, rats make previously out of bounds land reusable and productive again. Too light weight to set the landmines off and nimble on their feet, rats help us by taking up a dangerous job with few human takers and have even won awards for their bravery.

It is easy to think of squirrels as fluffy creatures which prance around and create ruckus wherever they go. All they want is their acorn and something to climb and hop over. But to understand the impact of wildlife on the planet we need to look beyond the surface and understand the ways in which plants and animals benefit the environment and the local ecosystem. Squirrels for instance play an important ecological role, especially in the forest ecosystem. They have a propensity of burying their nuts and seeds throughout the environment and forgetting where they have buried their treasure. This behavior known as caching, helps new trees grow and sprout and change the composition of a forest.

6. Llamas guard against predators and viruses

I bet when you think of animals enlisted by farmers to guard their sheep, you would picture something mean and ferocious and not a tall toothy-faced llama. Well don’t be fooled by their looks cos these guys have their own enforcement, the guard llamas. Farmers have found that these animals provide a great way to protect their crops and livestock from predators without harming the environment or hurting animals. When threatened, llamas emit a loud sound and run towards an intruder, protecting the herd. As they kick, scream and go into a spitting rage, they can get pretty intimidating, scaring away predators like foxes and coyotes with ease.

Want to know more about how animals help humans? Here’s the real deal- research has found that antibodies in llamas’ blood could offer a defense against the coronavirus. While we were locked up inside our homes the solution was grazing away at a patch of grass somewhere!

Scientists are enlisting the help of sea lions and seals to help them document oceanographic conditions like ocean temperatures and salinity. With their ability to dive and swim to places beyond human capabilities, these ocean mammals, fitted with sensors on their backs, capture information which is then transmitted to a satellite when they come up for air. An understanding of the ocean pattern in turn helps them understand the global climate change.

Almost hunted to extinction in the 19th century, beavers have finally found reprieve because of their natural ability to regulate ecosystems. Beavers activities help manage water flow, with a possibility that their dams could help reduce the risk of flooding,  wildfire damage and droughts. Their regulation of waterways helps preserve fish population and helps conserve freshwater reservoirs. So, the next time you cross a beaver, urge it to chew some more.

Every living and non- living thing has a role to play in the ecosystem, responsible for maintaining harmony and a balance as they co-exist. Any and all the imbalance in nature has been caused by human acts of plunder and greed, driving some species to the point of extinction. It’s time we recognized the importance of plants and animals to the environment and fixed some of the damage we have done. 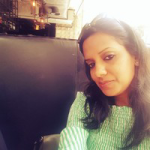 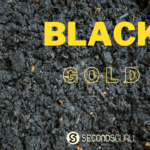 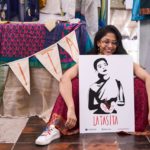 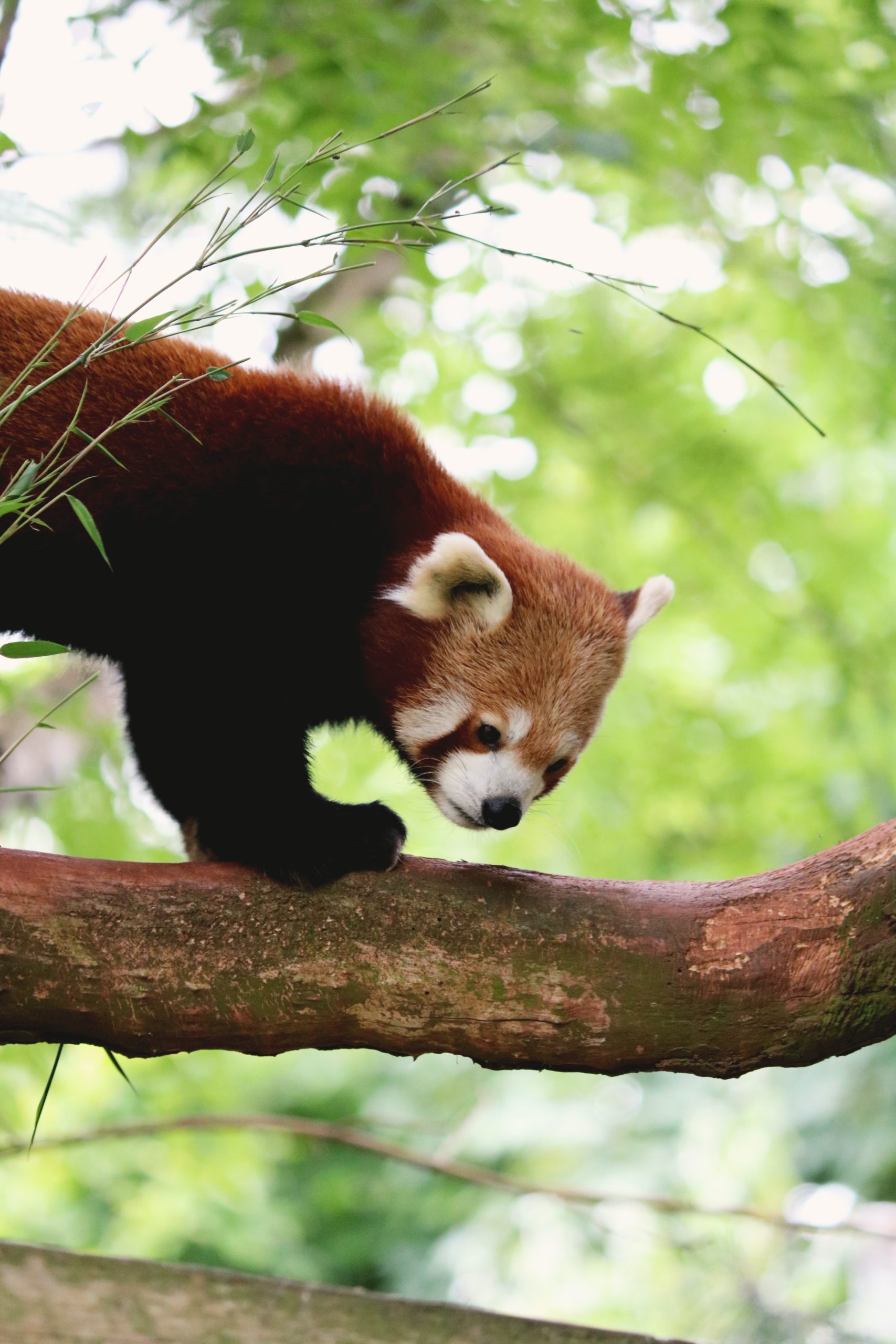 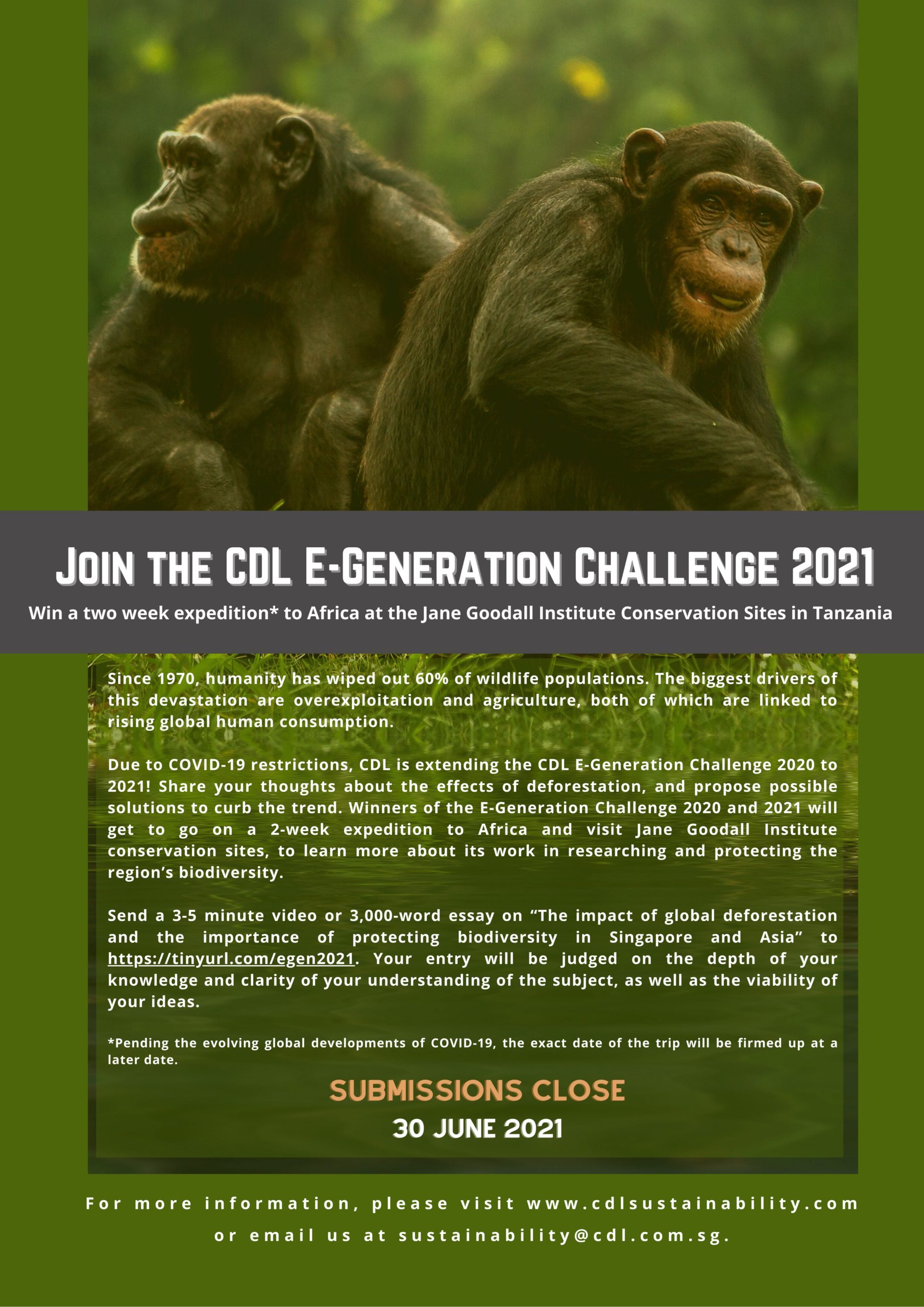 The CDL E-Generation Challenge is 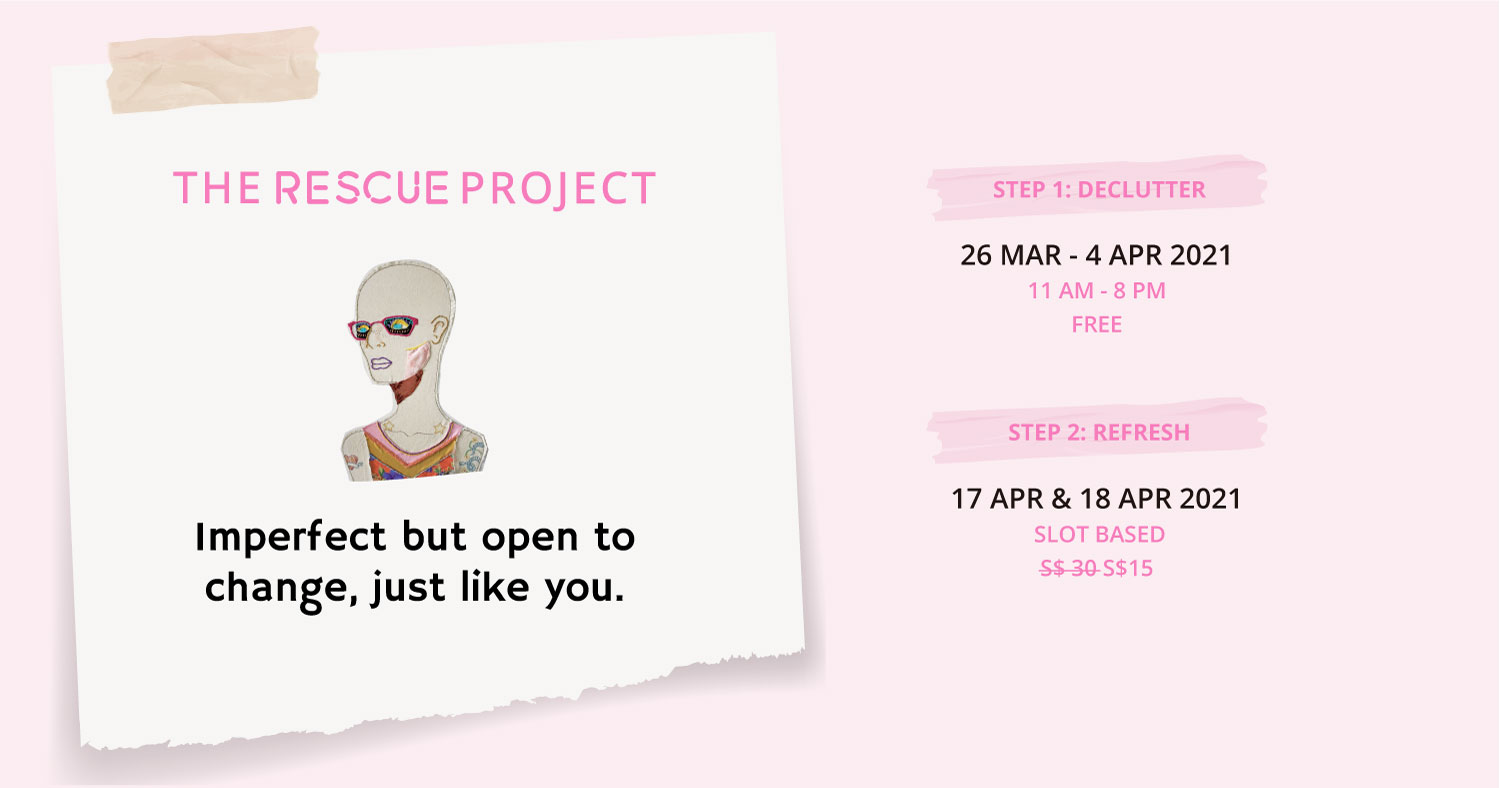 Organised by Swapaholic, this event

Organised by Swapaholic, this event allows you to dispose of your pre-loved items responsibly and make new additions to your wardrobe by indulging in some sustainable shopping. Participate to let Singapore landfills breathe easy!

-Event 2: Shop from a selection of pre-owned items 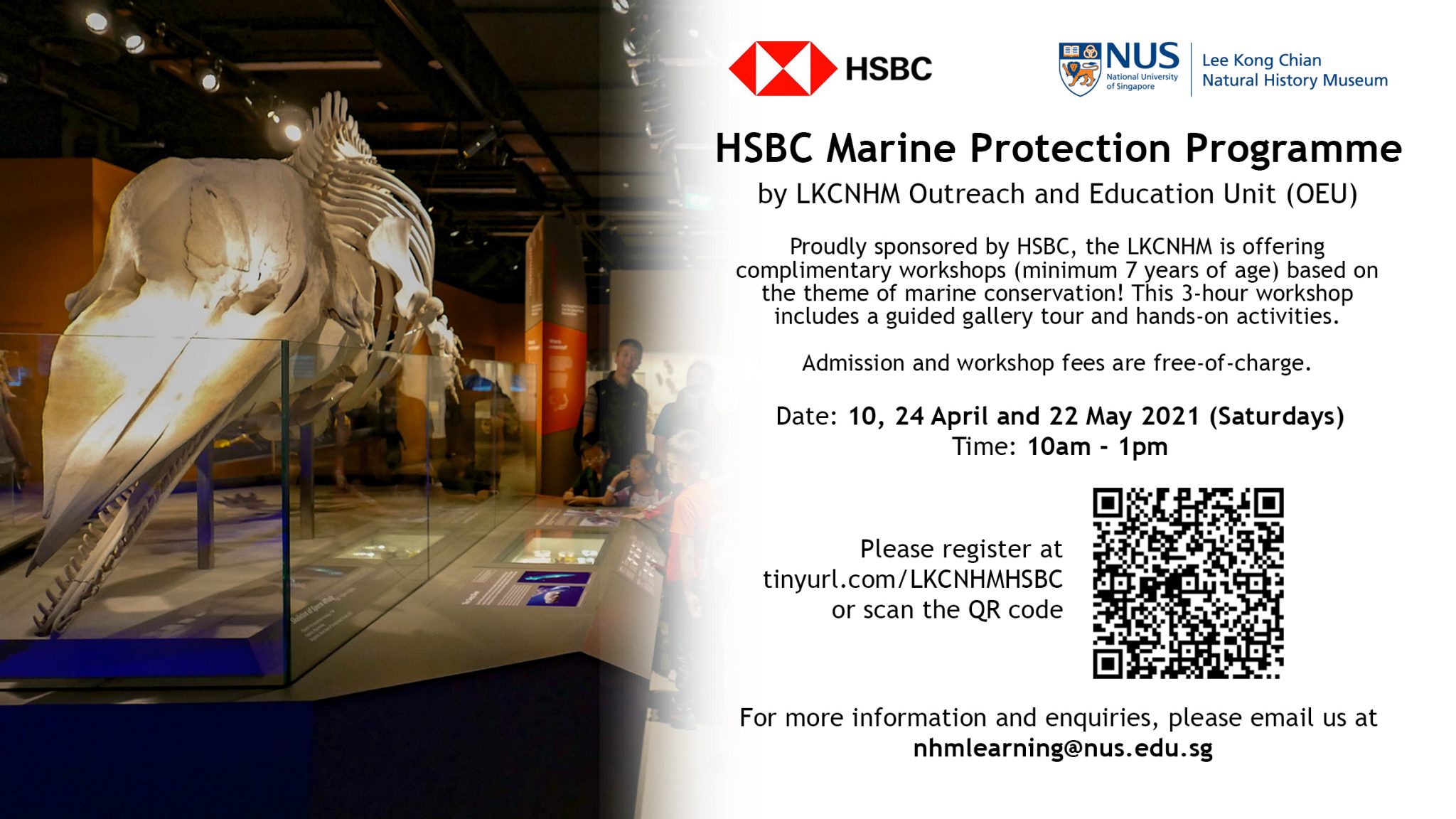 This marine workshop at Lee

This marine workshop at Lee Kong Chian Natural History Museum will address the issues of marine conservation. It includes multiple activities and a guided tour of the museum to aid better understanding of the same.

The CDL E-Generation Challenge is

This marine workshop at Lee

This marine workshop at Lee Kong Chian Natural History Museum will address the issues of marine conservation. It includes multiple activities and a guided tour of the museum to aid better understanding of the same. 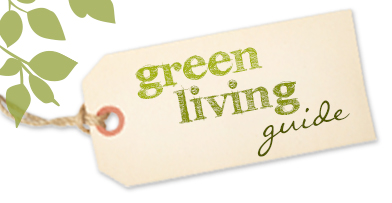